Here at Britannia Fleet Liverpool, we understand that although there seems to be light at the end of the tunnel, these are still very complicated times to be living through. With new legislation and guidelines coming into effect on a regular basis as the situation with COVID-19 continues – we’re committed to helping our customers make sense of the ever changing picture.

According to The Times there is yet another change come into place in regards to a planned further extension on the UK stamp duty holiday, as announced by Chancellor Rishi Sunak. Here are the new changes simplified for you…

In light of new plans set out as part of the Government’s roadmap to bring the UK out of the COVID pandemic and kickstart the economy once more, Chancellor Rishi Sunak is rumoured to put in place an extension on the stamp duty holiday deadline until the end of June 2021 – which would give buyers an extra three months of relief from the charges.

This comes following a determined campaign waged by property commentators, agents, and economists. Further details will be announced in the official Budget on Wednesday of next week (3rd March).

A detail which isn’t as clear is if this latest extension is three months for all current and new buyers of properties up to £500,000. There have been concerns voiced that there is the risk of creating a ‘cliff edge’ if the holiday were to end abruptly. Many are now questioning whether there will instead be a ‘tapered’ extension for current buyers,

The Building Society Association (BSA) has also weighed in, pointing out that with the March 31st deadline fast approaching, many buyers and sellers who have already agreed sales and have had mortgages approved, would not be likely to complete within this deadline.

The BSA has also said that a ‘tapered’ approach would be much more beneficial, as it would allow any house purchase (where the mortgage approval has been granted by the end of March) an additional three months to complete, while still being able to benefit from the rate reduction. As well as supporting homebuyers who are likely to have budgeted based on the Stamp Duty saving, a phased out approach of that length would also ensure that lenders could deal with operational pressures in a Covid-secure manner.

Next week’s Budget is also said to include an extension of the furlough scheme for up to another three months, instead of coming to an end on April 30, as previously planned.

So how will this affect me?

For now, it’s a case of sitting tight and waiting for the next Budget, which is set to provide more details as to how the Government plans on wrapping up the stamp duty holiday period. But for now, buyers can at least be assured that no stamp duty charges will be brought back into play until the summer. We advise all of our customers considering buying property within the next few months to keep up to date with the latest developments as much as possible. We will also update our customers accordingly on our blog as any major new changes come about.

What is stamp duty?

If you’re struggling to understand what exactly stamp duty means, take a read of our previous stamp duty blog, which provides a simplified explanation. Or you can head over to the Government website and read in more detail.

If you’d like more guidance on stamp duty, a member of our helpful team at Britannia Fleet will be happy to point you in the direction of more detailed resources and assistance, so feel free to contact us.

To help with your house move contact our team for your quote today on 0151 482 0432 or complete on quick quote form online.

The Benefits of Choosing a BAR Certified Removals Firm 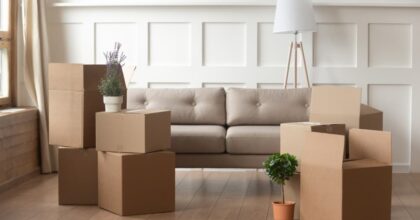 A Complete Guide to Self Storage Options

Does the thought of moving house fill you with dread? It’ll come as no surprise that a recent poll found that half of the people surveyed found moving house more stressful than...

How To Choose the Best European Removals Company

There are currently 1.2 million British-born people living in European countries. So if you are planning to move to another country in Europe, you are in good company! However, moving from one country... 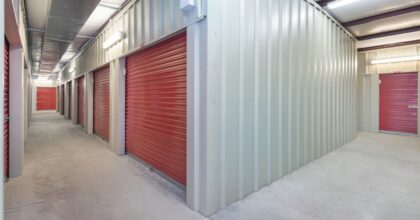 The Benefits of Using Storage Units for Your Business

The UK makes up at least 43% of the European self-storage market. Essentially, there are almost 2,000 self-storage stores, and you can use one of them for your business. If you’re a...